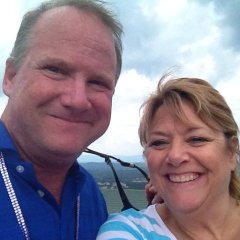 I tried to paint the interior neatly and leave the deck beams exposed. It just didn't work and I painted the interior with good quality paint, all one color. Looks awesome and touch up is not stressfu

On 02 April we drove to the factory and picked up the kit using the modified catamaran’s trailer. As predicted, upon arrival the skies opened up and made for a drenching experience while loading.  Pri

As the good folks at Morgan Yacht shop used to say back in my young days. "Don't force it---get a bigger hammer!"