About LWL line on plan of Vacationer 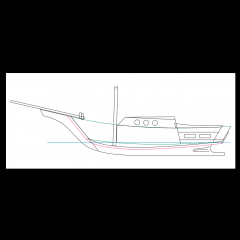